A Big motorway has been closed for the second day in a row just after a lorry crashed and spilled COOKING OIL all over the street.

The M25 is closed amongst South Mimms and Enfield soon after the HGV collided with the central reservation yesterday, leading to website traffic chaos.

A cleanup operation is however underway this morning, closing the important road for the next working day concerning Junction 23 and Junction 25.

There are four miles of congestion on approach to the incident, in a clockwise path, in accordance to National Highways.

Previously, three lanes have been closed amongst Junction 24, near Potters Bar, and Enfield. Now, all four lanes are closed as unexpected emergency providers attend to the scene.

A spokesman for Nationwide Highways said in a tweet: “The M25 clockwise in Hertfordshire stays closed involving J23 and J25. 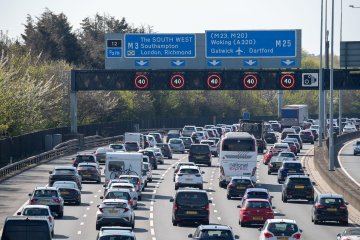 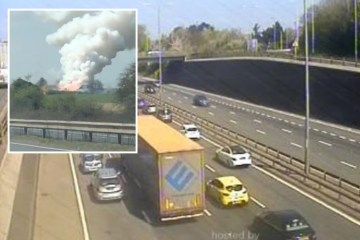 “The street is most likely to continue to be closed all through the early morning thanks to the intricate character of the clean-up. There are delays of 90 minutes involving J21 and J25, please consider alternate routes.”

A spokesman for the Fulfilled Law enforcement included: “Police are at the scene dealing with a lorry that was in a collision on the M25.

“A lorry was documented to have been in collision with the central reservation and spilt cooking oil around the road.

“The M25 has been shut clockwise from Junction 23 to Junction 25. Motorists are advised to stay away from the location.”

Sullivan Buses have also been forced to divert their services thanks to the ongoing M25 highway closure.

Bus people are suggested they might expertise ‘long delays’ on routes 84 and 398 due to the diverting visitors.

It has been reported that streets in South Mimms are “hardly moving” as a result of the diversions.

They claimed: “Due to the ongoing M25 closure, South Mimms and encompassing places are scarcely moving with diverting visitors.

“Expect prolonged delays on routes 84 and 398. You are suggested to enable extra time for your journeys or, if feasible, hold off them until afterwards in the day.”

Inside the White House With the President